Kurt Weill´s and Bertolt Brecht´s Seven Deadly Sins was the result of a two-year project in Finnish Academy of Fine Arts. The aim of our experimental music theater was to examine how the roles of different forms of art could be renewed in opera production, and to have the emphasis on visual arts through the whole project development.

As a result of a competition in winter 2012-13, mine and Elina Vainio´s spatial concept was chosen, together with Monika Czyzyk´s and Diana Soria Hernandez´s directing idea, to be developed further with the whole group. The performance was designed for the huge 4500 square meters warehouse space in Jätkäsaari Bunker. We had there eight sold-out performances in September 2013. 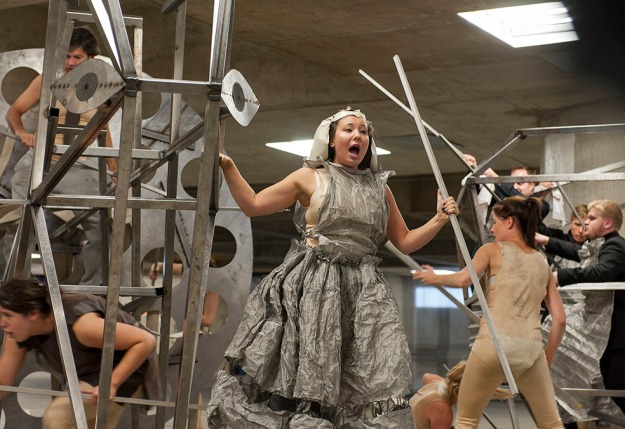